Carlson Rezidor Hotel Group has established a shared services organization for accounts payable (AP) to serve its operating units in the United States and leverage economies of scale. To efficiently process 3.3 million invoices each year, the company has streamlined its AP operations using Kofax MarkView for AP.

“What’s great about Kofax is that they’ve really had to think about all of the different problems that could arise in an AP workflow, and a lot of them come pre-resolved, so we don’t have to learn those hard lessons.”

Previously, Carlson had used an imaging and indexing tool with limited functionality to gather approvals for invoices. “That experience taught us that it’s very important to select the right workflow tool, as opposed to just a workflow tool,” says Lynn Miland, Senior Director PTP, Central Finance. “What we had in place before really didn’t take any of the work out of AP. It just changed the character of it.”

The tool lacked sufficient integration with Carlson’s Oracle enterprise resource planning (ERP) system. “We needed a system that was much more closely integrated with Oracle, and that’s where we started looking at different options,” says Miland. “Kofax MarkView for AP rose to the top because it is so tightly integrated with Oracle. It really lets you improve your accuracy and controls, and with a lot less effort on the part of the users in the AP team.”

Using Kofax MarkView for AP to automate the entire AP process—from invoice capture and workflow to a reliable audit trail—Carlson has increased the efficiency of its AP department by more than threefold. “Right now, we have five people doing what 17 people did a year ago, and we’ve been able to reassign those FTEs to more strategic tasks,” says Miland. “We’ve also avoided the need for incremental hiring—we’ve been able to integrate recent acquisitions without hiring more AP staff.”

Because of the system’s integration with Oracle, employees can resolve issues with invoices much faster. “Using our previous tool, we had to go into Oracle directly, look up who the buyer was, route the invoice to them, and include instructions about what we needed them to do,” says Miland. “When they were finished, they would return it via a generic error-management queue which another team of people had to work through. What’s nice about Kofax MarkView for AP is that it only includes the people who have been involved with the transaction. And when they’re done, they just click ‘return to AP’ and it comes right back to the person who sent it to them.”

Carlson has also improved accuracy by minimizing the potential for human error in data entry. “Our accuracy rate in September was 99.9 percent,” Miland reports. “Before Kofax MarkView for AP, it was in the low nineties at best.”

The level of accuracy and visibility that Carlson has achieved with Kofax MarkView for AP is making its auditors happy. “We’re going to have a great audit this year,” says Miland. “After showing our auditors how Kofax MarkView for AP enforces coding and approval level compliance, they decided to limit the scope of their A/P audit. They’re not going to be doing individual transaction testing for compliance this year, which will lower our audit costs.”

Complete Payback in Less than One Year

By replacing its previous workflow tool, requiring fewer FTEs and eliminating the need to outsource any part of its AP function, Carlson will recoup its investment in Kofax MarkView for AP in less than one year, according to Miland. “What’s great about Kofax is that they’ve really had to think about all of the different problems that could arise in an AP workflow, and a lot of them come pre-resolved, so we don’t have to learn those hard lessons,” he says. “Kofax is a tremendous lever for us.”

Signup for a free consultation to find out how YAKIDOO can help
you improve your business
processes and  generate
more revenues for you.

What you can read next 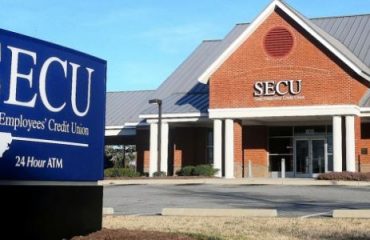 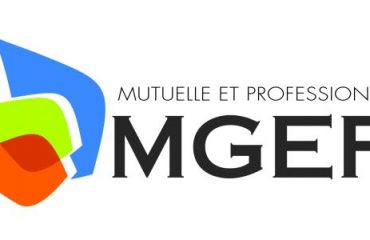 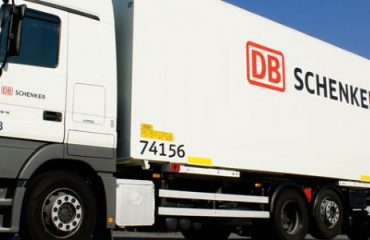 Yakidoo Team typically replies in under 2h. Please leave us a message.

Enter your details below to start the conversation.

We're online!
Start Chat
Share your feedback
Was our support helpful?
Find out how you can
INCREASE REVENUES
REDUCE COSTS
Signup For a FREE Consultation Today.

Signup for a free consultation to find out how YAKIDOO can help
you improve your business
processes and  generate
more revenues for you.

We respect your privacy.
Find out how you can
INCREASE REVENUES
REDUCE COSTS
Signup For a FREE Consultation Today.

Signup for a Free Consultation to find out how YAKIDOO can help you improve your business processes and generate more revenues for you.

Harness a vast variety of information sources for actionable business insights and agility with a scalable enterprise integration and automation platform.
We respect your privacy.

Productivity champions know that world-class companies solidify their position through rigorous performance improvement. This lets them spend less than their peers to do the same thing, with fewer FTEs.
We respect your privacy.

White Paper
Strategies to Build Efficiencies into Your Supply Chain

Learn how you can maximize growth and profits with robotic process automation for transportation and logistics companies.
We respect your privacy.

To meet the challenges of retail industry, we have to start automating and accelerating inbound and outbound processes by capturing and communicating information quickly and accurately.
We respect your privacy.

Why do so many financial institutions deliver such unsatisfying onboarding experiences? Three reasons stand out: Process complexity, more demanding customers, and expanding channels.
We respect your privacy.

Arrow serves as a supply channel partner for over 100,000 original equipment manufacturers, contract manufacturers and commercial customers through a global network of more than 460 locations in 58 countries.
Case Study
We respect your privacy.

For Audi, Kapow ensured that business processes remain intact while integrating web, cloud, and on-premise services into one single platform and minimizing additional workload for the IT department.
Case Study
We respect your privacy.

By replacing its previous workflow tool, requiring fewer FTEs and eliminating the need to outsource any part of its AP function, Carlson recouped its investment in Kofax MarkView in less than one year.
Case Study
We respect your privacy.

How to deploy robotic process automation (RPA) for routine, repetitive activities to save time and money.
We respect your privacy.

eBook
3 Ways To NOT Lose an Insurance Customer

Reduce your walkaway rates with customer-centric technology solutions.
We respect your privacy.

How large has your customs clearance team
grown?...  More importantly, how much are these
repetitive activities costing your business? As
your organization is growing, the natural option
is simply to increase the size of your data entry
team to process larger volumes.

For years, logistics providers have been struggling with extensive manual processes and high personnel costs. Fortunately, there is an emerging, cost-effective technology that can get their work done behind the scenes by intelligent software robots.
Case Study
We respect your privacy.

Kapow Driving the Future of Logistics with RPA

Explore how RPA helped a large North American transportation company to maximize the completion of research tasks and problems’ solving and turn them into immediate cash flow.
Case Study
We respect your privacy.

PITT OHIO leveraged RPA to free up its customer service representatives from manual effort and focus their time on high-value work.
Case Study
We respect your privacy.